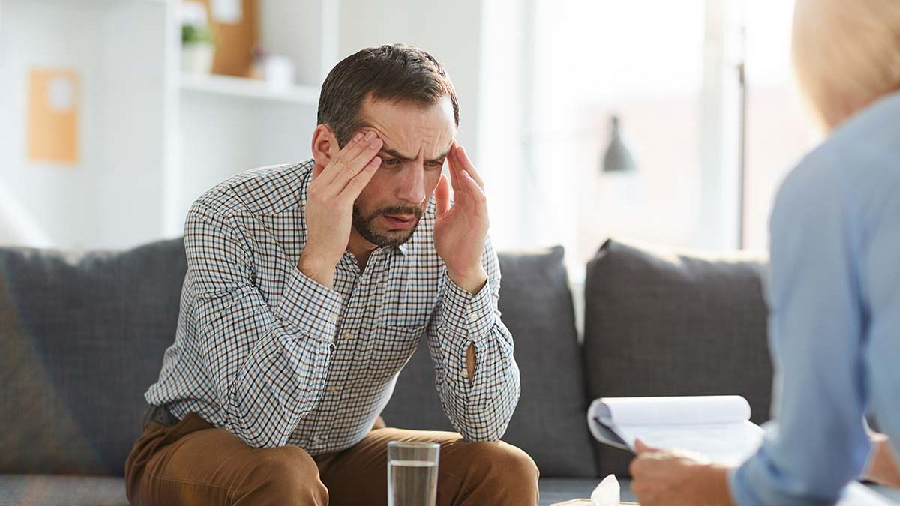 Alcoholism does not happen overnight. Alcoholism is unlike the common cold in that it is not contagious. There are, however, some warning indications to be aware of.Alcohol use disorder, sometimes known as alcoholism, is a relatively new term that encompasses both alcohol abuse and alcohol dependenceAlcoholism is a chronic condition that worsens over time. If you don’t address something that appears to be innocuous at first, it can become worse. Alcohol use disorder (AUD) at its worst can be fatal.

Every year, over 88,000 Americans die as a result of alcohol-related causes. Alcohol is responsible for roughly 31% of all traffic-related deaths.Nearly 16 million people in the United States are affected by the AUD. It might be mild, moderate, or severe, depending on how bad it is.The first step in combating AUD is to understand how it appears. Learn more about alcoholism’s stages.

Elvin Morton Jellinek a biostatistician and alcohol misuse researcher, achieved considerable acclaim in 1960 when he wrote The Disease Concept of Alcoholism, which introduced a new way of thinking about alcoholism.Jellinek saw alcoholism as a chronic relapsing disease that required medical attention, and he devised a theory to explain how alcoholism progressed through many stages. His model, which is now widely accepted, outlined his theoretical stages of alcoholism, each of which is marked by distinct alterations in mental, bodily, and social functioning.It’s crucial to realize that not everyone who struggles with alcoholism will fall into these stages, but they can be a useful tool for determining where they are currently and potentially preventing future issues. The four stages of alcoholism, according to Jellinek’s theory:

There isn’t much indication of the drinking problem throughout the pre-alcoholic period. The first is when a person begins drinking more often as a coping technique for worry, tension, or other emotions, and alcohol tolerance develops as a result of their experimenting with alcohol.

This, according to Jellinek, is the stage at which a pattern of alcohol abuse begins to emerge. Individuals begin to use social occasions as an excuse to drink, and drinking becomes more regular. They may also begin to drink to cope with the negative effects of drinking, such as hangovers.

This is the most critical stage in Jellinek’s theory, and it occurs when a person begins to drink regularly and consistently, sometimes even as early as the morning. They may be dealing with deteriorating friendships and family ties, as well as behavioral changes that have a negative impact on them.  They are more likely to suffer from the health consequences of heavy drinking, such as hangovers or feeling ill, than they are when they do not drink.

This ultimate stage results in a full lack of control over alcohol consumption, with the individual feeling compelled to drink. At this stage, the person’s body begins to want the presence of alcohol in order to feel normal, which is referred to as dependence. When a person does not drink alcohol on a regular basis, withdrawal symptoms and extreme cravings may occur.

You should not ignore any signs of alcohol abuse. Professional alcohol treatment programs are an excellent alternative to consider if you or a loved one are concerned about their drinking. For many people, consulting a doctor or treatment professional is the initial step. This can aid in determining whether or not a person need detoxification. Contact Skyward Treatment Center as soon as possible if you or someone you know is battling with alcoholism. We’ll assist you or a loved one locate therapy alternatives that are right for them.

Comparison between a Carpet and Laminate Flooring

Depression Support Groups and Their Benefits