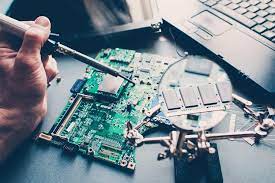 Instructions for Cutting the Cost of PCB Prototyping

Many processes and dangers are involved in getting your new electronic device design suitable for mass production and PCB assembly. I’ll offer some tips on how to avoid costly mistakes and reduce the time it takes for your new product designs to reach the market.

After you’ve finished your product and PCB design, you’ll want to start constructing prototypes before moving forward with large-scale PCB manufacturing. Simulation capabilities are included into many design software programs, such as PCB layout design software and industrial design software. Before the first prototype is created, a simulation can be used to reduce the amount of design errors.

If you’re creating a complicated product, you might want to explore a modular design, in which all of the major functions are included in separate modules. You can then exchange modules that do not fulfill the design limitations during your testing. Individual modules will be faster and less expensive to spin than the entire design.

Depending on the design complexity, you might be able to save money by manually attaching PCB components. This method, however, is quite time consuming for medium to big complexity, especially if you want to develop multiple prototypes. As a result, using a contract manufacturer to do the assembly makes sense.

When doing small-quantity production runs, the cost of the production setup will usually outweigh the cost of the prototype itself. When looking for a subcontractor, choose one who specializes in prototype builds to save money. The circuit boards of numerous clients are often combined by prototype PCB manufacturers, thereby sharing the setup cost among several customers. The disadvantage is that you will usually only have a few basic PCB material thicknesses and sizes to pick from.

Aside from choosing a supplier with cheap startup costs, choosing a firm that can manage your full-volume production runs reduces errors, as switching manufacturers increases the risk of errors owing to different suppliers interpreting production design data. As a result, your design is already translated into machine data, resulting in minimal or no setup costs for your final production.

Some PCB manufacturing companies also provide PCB design services, which is a huge benefit if you don’t have any prior design skills. These vendors will also be able to assist you if there are any issues with your design files and will be able to identify issues prior to production.

The sourcing of PCB components is a difficulty with small-quantity production runs. For some components, most component vendors will charge shipping costs and have minimum purchase quantity restrictions. Also, because components are mounted from SMT feeders, dealing with a small amount of components is an issue in surface mount assembly. Some manufacturers have standard SMT components on hand that you can buy from them. You will save time by not having to purchase these components separately. You also won’t have to worry about running out of components.

By reducing delivery periods between different suppliers, choosing a manufacturer who can also handle final product assembly reduces time to market. Circuit boards that are discovered to be bad during final testing can also be repaired considerably faster. Finally, make sure you can communicate with your provider simply. Throughout all stages of PCB manufacture, PCB assembly, and final product assembly, this will help to minimize costly mistakes and shorten production preparation times.

ChinaPCBOne Technology LTD. is the author of this article on PCB assembly. Find more information, about PCB manufacturing.

My new Cuisinart food processor has transformed the way I cook!

Guides To Hiring A Quality Photographer In 2021