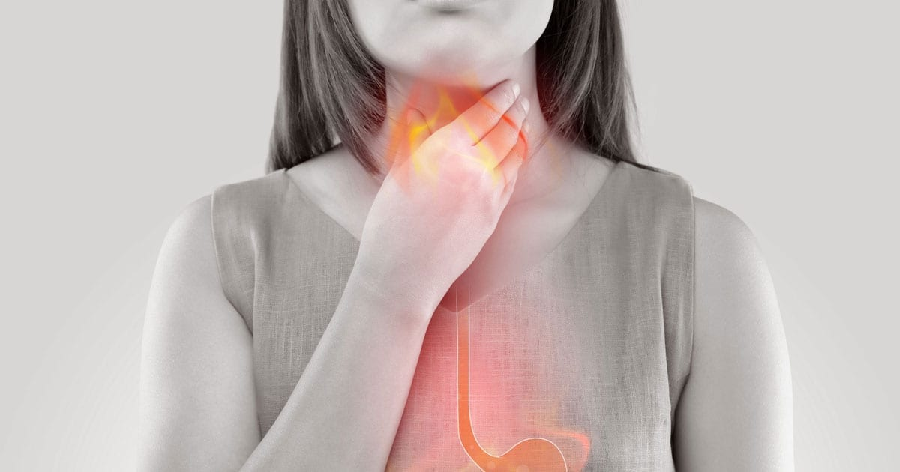 Barrett’s esophagus appears as a consequence of gastroesophageal reflux, and its early diagnosis is essential, as it can progress to esophageal cancer. Know its symptoms and treatment.

The Barrett’s esophagus is a condition characterized by a lesion in the lining of the esophagus, which occurs when the ring muscle fibers located in the bottom of this body is not properly closed and permits passage of gastric contents from the stomach to the esophagus, which is known as gastroesophageal reflux.

The esophagus is a hollow tube of about 25 centimeters in length that connects the pharynx with the stomach and whose function is to transport the food bolus from the mouth to the stomach. The inside out is made up of a mucous layer, a submucosal layer, and a muscular layer.

The epithelium is composed of several ordered layers of fat cells. When there is gastroesophageal reflux, the normal squamous epithelium of the esophagus can be replaced by the columnar intestinal epithelium, not gastric, known in medical terms metaplasia (substitution of epithelium by another).

Its diagnosis is histological. That is, it is made after studying the esophageal epithelium samples obtained after performing an endoscopy. The true importance of its detection stems from the greater risk that patients with Barrett’s esophagus have of developing adenocarcinoma of the esophagus, which has a poor prognosis. However, patients under endoscopic control and following appropriate treatment can minimize this risk.

The prevalence of Barrett’s esophagus is highly variable, according to the different studies. However, it is estimated that it affects 8-20% of patients with gastroesophageal reflux.

Barrett’s esophagus usually affects mainly middle-aged people, approximately 55 years of age. This is due in large part to the fact that a high percentage of diagnoses are made during endoscopies for gastroesophageal reflux or incidentally when performing this test for another reason.

Although it can also affect children, it rarely occurs before the age of five, so it is considered an acquired disease and not congenital (that is, it is acquired throughout life and is not present at birth).

It is common in men than in women, in a 2: 1 ratio. From a racial perspective, Barrett’s esophagus especially affects Caucasians, being rare in blacks and Asians. The epidemiological data in Hispanics are contradictory since while some studies consider that the prevalence in this group is similar to that of Caucasians, others consider it much lower.

Obesity and the presence of fat over the abdomen level are considered risk factors that can increase the likelihood of developing this disease.

On the other hand, acetylsalicylic acid and non-steroidal anti-inflammatory drugs could have a protective effect on Barrett’s esophagus’ appearance. However, they are hypotheses that are not proven.

What are the things to know before buying television?

Hire a Certified Air Conditioning Company for Repairs and Maintenance: Here’s why!

What is the far-infrared treatment?

Essential Details for the Display Boxes in CBD Now